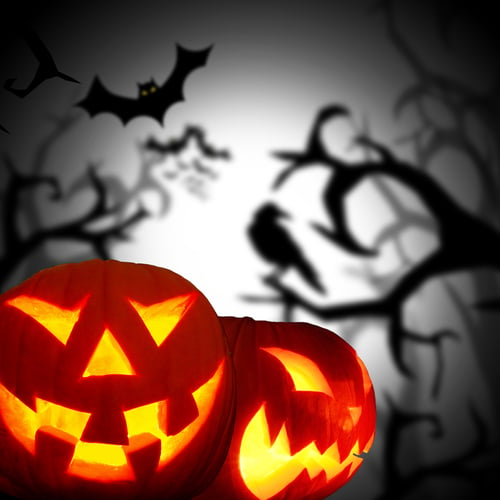 10 of the Scariest Things We've Seen on Social Media 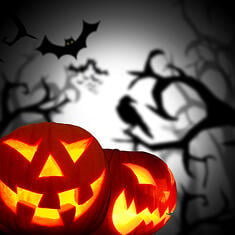 OK, now that we're sufficiently scared you, we encourage you — if you dare — to read on for the the 10 scariest things we’ve seen on social.

Some of these things are Steven King's "Misery"-kind of scary: terrifying stuff, but as long as you don't find yourself bedridden and tortured by a psychotic Kathy Bates, you should be fine.  Other things, however, are doubly-scary because if you're not careful, you could fall victim to these ghoulish social media pitfalls.   So dig your fingernails into your arm chair and prepare to pull your turtleneck over your eyes: here are some of the scariest things we've recently seen on social media:

1.  The Proliferation of "Twerking."  Seems like everyone with a smart phone and a Facebook account is "twerking" nowadays.  That said, we're not sure what "twerking" is, but it can't be good.  Call us old fashioned, but we long for the good old days of "urking."

2.  McDonalds Gets Hijacked By Its Detractors. You'd think McDonalds would know better than to give followers an open invitation to diss the fast-food chain.  After all, they pioneered the McRib - clearly they know what they're doing, right?  Wrong.  In a classic example of letting detractors tarnish your brand, the company created a hash tag to allow farmers to talk about McDonalds.  It was a disaster.  The company was quickly swamped by Twitter trolls who mercilessly criticized the company.  The fact that a huge, seemingly intelligent company like McDonalds would be so clueless turns our blood cold.

3.  Teachers Taking Fake Sick Days - And Getting Busted on Facebook.  Remember when you'd fake a sniffle and try to miss school?  Well apparently teachers in New York City do the same thing - except after staying home, they promptly post photos of themselves out having fun on Facebook.  "Scary" as in "scary-stupid."

4.  "Parenting Fails."  Don't get us wrong: it's tough being a parent.  But the emergence of sites devoted to fails like this make us cry out for our blankie.

5.  Amy's Baking Company's Public Meltdown.  It's always scary when a completely unhinged individual goes on an ALL CAPS rant online.  It's scarier when it's a company unraveling in front of the whole world on social media.

7.  Government Worker Admits Her Faults.  What's scarier than the IRS?  Answer: a killer clown or something clown-like with an axe.  Nonetheless, we got a lump in our throats when a few months ago a senior IRS agent told reporters she was "not good at math."  Ten years ago, her comment would have vanished without a trace.  But 10 years ago there was no Twitter.  Her comment started a social media firestorm.  Fear was induced because a) it shows that just one subordinate's off-handed comment can start a social media firestorm, and b) the IRS deals with numbers all day.  Or so we thought.

8.  Break-Up Texts Going Viral.  Our suggestion?  Break the news in person. Otherwise, well...we don't even want to go there.

9.  Everybody Knowing Everything About You All The Time, Everywhere.  The age of social media spying has arrived.  As you read this, companies like Disney and Gatorade are using software to collect and respond in "real-time" to customer data collected through Facebook, Twitter, and Pinterest - while also knowing your geographical location.  So the next time you're near a convenience store, don't be surprised if you get a text from Gatorade encouraging you to buy some Gatorade.  It's downright Hitchcockian.

10.  The Vatican Now Performing Exorcisms Via Twitter.  OK, we made this one up.  But the new Pope is pretty tech-savvy: could social media exorcisms be far behind?  And seriously, what's scarier than an exorcism?

Want to make sure that your social media promotions are "scary-successful" instead of, well, just plain scary?  We can help!  Click the link for a complimentary consultation:

5 Modern SEO Tips for Solar Installers in a Recession