By the time you finished reading this post, Google will (likely) have rolled out new SEO updates that can affect your digital marketing efforts. OK, that may be a bit of an exaggeration, but hopefully you get our point. Seemingly minor changes to Google's algorithm can have a significant effect on your digital marketing efforts in 2015 and beyond. Therefore, we took the time to identify some of the more eventful SEO updates across the past few months, and here are our findings. 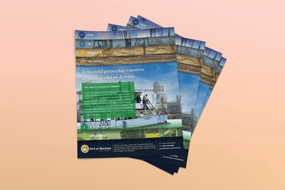 Perhaps one of the most impactful changes to local brands' SEO efforts actually took place in 2014. Google's local algorithm update, dubbed “Pigeon” by Search Engine Land, aims to increase the rankings of local listings in a search and provide more relevant, accurate, and local search results. The update works within Google Maps by improving the distance and location ranking parameters, making it easier for users to differentiate between local neighborhoods.

Then there's Google's more-recent algorithm update that focuses on HTTPs as “ranking signals.” We'll try and make this brief. Google's search algorithm loves sites that offer strong security. Websites with HTTP encryption seem to rank particularly well, and the update implies that Google may penalize web sites with weak security moving forward. In fact, SEO analysts suggest that thanks to the new update, Google Search could “pick a website with better security and slightly lower load speed over a quick but unsecured page.” The lesson for webmasters? Ensure your site's security and even consider implementing http encryption.

Then there's the “Twitter firehose.” Google and Twitter reached a deal in early February whereby the Twitter “firehose” of 500,000 Tweets will be plumbed directly into Google’s results, giving the search engine direct access to this avalanche of content, without it having to crawl tweets individually. Twitter, meanwhile, hopes the move will make it more visible to Google Search users. The lesson for marketers? Now you have yet another reason to keep up with those keyword-driven Tweets.

As with most SEO updates, the real news isn't the technical aspects of the algorithm tweaks, but instead, the impact of these tweaks on your SEO efforts. A cursory review of these updates suggest that strong content and a well-design site architecture (including site security) will remain as the backbone of your SEO strategy.

What do you think? How often does your team monitor new SEO updates? What other important updates did we neglect to mention?